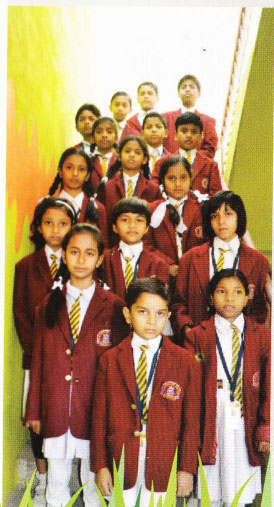 a) Students absent from a test/exam for any reason will not be re-examined. Absence in a test/exam will be treated as having received no marks in it.

b) If a student fails to appear at a test/exam (except the annual) on genuine grounds the case may be considered on its merits at the time of promotion.

c) A student who fails to appear in the annual examination will not be considered for promotion.

d) In matters of promotion and detention the decision of the school is final.

e) Students using unfair means in a test/examination shall be given zero marks in that subject and it will be recorded as an act of misconduct. Any repetition of such acts will be viewed more seriously.

For assessment of the scholastic areas, the academic year is divided in two terms and two types of tests will be conducted to assess the academic subjects as given.

The formative assessment is a tool for a teacher to continuously monitor the progress of a student. The assessment (in secondary) may include quizzes, conversations, oral testing, visual testing, projects partial assignments, class test, class work, home work etc. The teacher is free to take any number of formative test in his/her subject during the year but only four formative tests will be taken into account in each subject, Performance of the students will be reflected in grades. 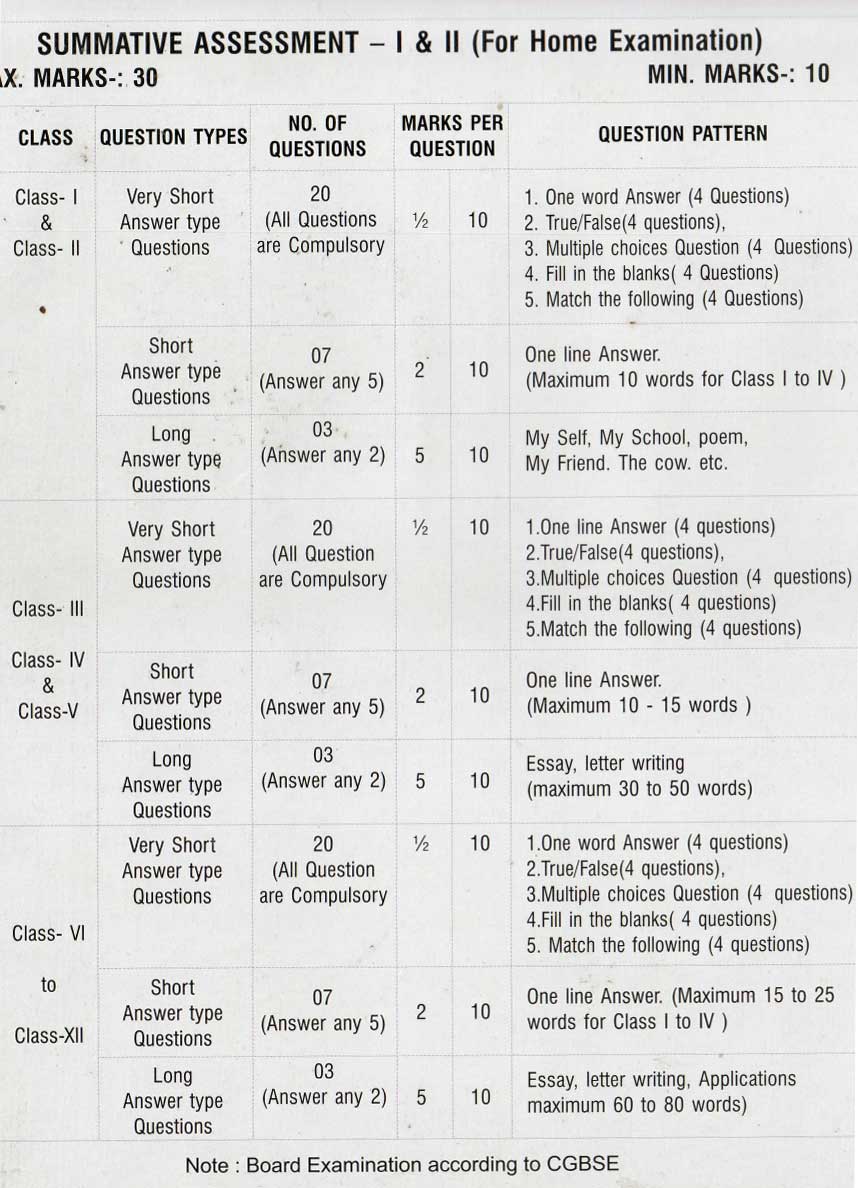 Test and Examination for all classes 1 to XII